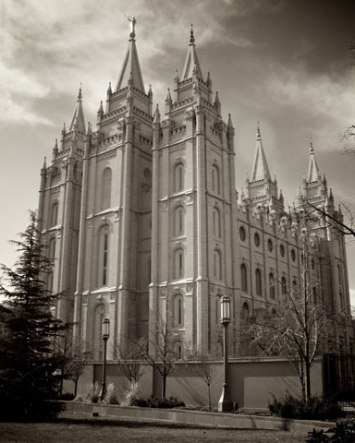 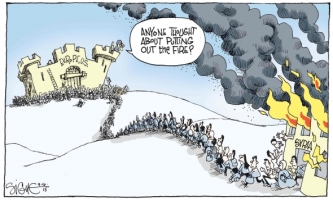 Any person who thinks that they come from a background without propaganda must be blind or deaf. Perhaps they find fault with the word “propaganda”. PR is another word that is used when public relation people want to convince us of their message. “All they want to do is to bring us information”.

Propaganda usually holds elements of truth interweaved with lies or exaggerations. Politicians seem to favour adjusting statistics to fit their party programs. Historians may tell stories about the “good” (winners of wars) and the “bad” (losers of wars). Scientists can interpret their findings to fit their world-views. Religious leaders threaten dire spiritual consequences unless people part with their money. And we fall for this propaganda.

All we have to do is open our eyes to see it. Take something like GMOs. Now there’s a kettle constantly boiling over for yay- and nay-sayers. GMO stands for Genetically Modified Organisms (large and small). The nay-sayers would have us believe that GMO’s will destroy us and the world around us while the yay-sayers would have us believe that they will save the Earth (meaning humanity) from being destroyed. Reality is somewhere between those extremes.

Ever since humans settled down we have been genetically modifying ourselves and our environments. We have modified many prey animals to the extent that they accept living in our vicinity until we slaughter and eat them. Even predators have been modified to want to lend us helping paws during hunts or be protectors in return for companionship and food. In many cases humans have ended up modifying the animals to such a degree that they have problems with respiratory systems or need cesareans to reproduce. We have done the same thing with plants and experimented until the original versions have nothing to do with what we use today.

What GMOs do is significantly speed up that process. Perhaps that is what frightens people so much. What used to take a good many years, may now be done in a fraction of the time. Personally, I’m fine with GMO’s as long as they do not result in regulations that make it impossible for others to produce products the old-fashioned way. I certainly eat GMO foods and have plants that must be the product of serious experimentation (or perhaps faulty gardening – my thumbs are not exactly green). There may be “evil” scientists planning on making life worse for us by tinkering. However, accidental mistakes are more likely. In fact, I find myself wondering why people believe some of the messages anti-GMO factions preach. That is not to say that there aren’t problems with intentional genetic engineering.

Most propaganda suffers from the same forms of misleading. We need to look beyond the message they want us to hear and dig into what lies behind them. If someone is trying to use scare-tactics or make something seem too good to be true, then we should probably watch out.

When it comes to propaganda horror stories, anti-vaccine people take the prize. It is difficult to phantom the number of people who continue to spread the idea that we should stop vaccinating our children. They claim that vaccines are more dangerous than the disease being vaccinated against. In this case propaganda has killed people by bringing back diseases, such as polio and measles (both deadly). What I would like to do to such people is definitely not considered politically correct.

If you don’t think there is propaganda in your social arenas, you should look again.

This site uses Akismet to reduce spam. Learn how your comment data is processed.