Tame people/non-autistic people/illogical people seem to think that they possess the gift of empathy and that ASDs/wild people/logical people do not. But do neurotypicals actually have the gift/curse of empathy? 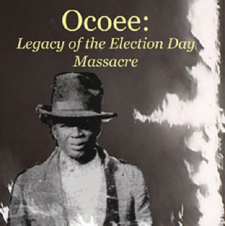 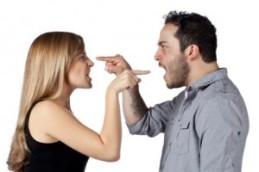 “Empathy means ‘the ability to understand and share the feelings of another’ (as in both authors have the skill to make you feel empathy with their heroines), …”

There are certain conditions that have to be fulfilled to understand and share the feelings of another.

Out of 7 billion people there may be some who are empaths. But psychological experiments seem to indicate otherwise. I know that I have never had another person understand and share my feelings. People have certainly claimed to know what I was feeling. Through manipulation they have even made that claim come true. Most likely, the other person projected their own values, feelings, thoughts and ideas on to me.

What would happen if people actually experienced empathy? For one thing most of us would go completely insane. The above pictures illustrate why. To understand the other person’s pain we would actually have to experience it. Evolution has wired humans to survive in any way possible. Because we have become so many stuffed together into smaller and smaller places, we unavoidably cause damage (whether they be our own breed or not). Being jostled by the emotions of others would overwhelm our sensory systems over and over and over. For those of us who already struggle to filter out unwanted material, adding being able to sense emotions would be torture.

The idea of being in empathy with another person falls into the same category as magic.

The psychology of willful blindness is a subject I find intensely fascinating. One of my greatest personal revelations was about one of my own willful blind-spots. Anything that affirmed my position was acceptable information and anything that went against my belief was obviously only fit for throwing away. Realising what I was doing was both painful and a relief. Whether this book is any good, I do not know, but the below article might be. It does fit with my own views, so I might be suffering from confirmation bias???

How to counter the gradual narrowing of our horizons.

“Keep your baby eyes (which are the eyes of genius) on what we don’t know,” pioneering investigative journalist Lincoln Steffens wrote in a beautiful 1926 letter of life-advice to his baby son. And yet the folly of the human condition is precisely that we can’t know what we don’t know — as E.F. Schumacher elegantly put it in his guide for the perplexed, “everything can be seen directly except the eye through which we see.” What obscures those transformative unknowns from view are the unconscious biases that even the best-intentioned of us succumb to.

In Willful Blindness: Why We Ignore the Obvious at Our Peril (public library), serial entrepreneur and author Margaret Heffernan examines the intricate, pervasive cognitive and emotional mechanisms by which we choose, sometimes consciously but mostly not, to remain unseeing in situations where “we could know, and should know, but don’t know because it makes us feel better not to know.” We do that, Heffernan argues and illustrates through a multitude of case studies ranging from dictatorships to disastrous love affairs to Bernie Madoff, because “the more tightly we focus, the more we leave out” — or, as cognitive scientist Alexandra Horowitz put it in her remarkable exploration of exactly what we leave out in our daily lives, because “attention is an intentional, unapologetic discriminator.”

The concept of “willful blindness,” Heffernan explains, comes from the law and originates from legislature passed in the 19th century — it’s the somewhat counterintuitive idea that you’re responsible “if you could have known, and should have known, something that instead you strove not to see.” What’s most uneasy-making about the concept is the implication that it doesn’t matter whether the avoidance of truth is conscious. This basic mechanism of keeping ourselves in the dark, Heffernan argues, plays out in just about every aspect of life, but there are things we can do — as individuals, organizations, and nations — to lift our blinders before we walk into perilous situations that later produce the inevitable exclamation: How could I have been so blind? ………………………………

The rest of the article can be read at Brainpickings

I’m going to try to stay as objective as I can on this subject. Objectivity is important because I believe that all parties who engage in war are wrong. We all see the world from a point of view forced into us from the time of birth. Other points of view are often seen as wrong, evil, sinful and other words denoting the same theme. My point of view is that all points of view are right and wrong, and that power-hunger lies behind violent actions. Perhaps that is my autism speaking, or maybe I’m at the point in life where I realize that there aren’t that many true motives for what we do.

How would I have reacted if I had experienced the killings in Peshawar, Pakistan?

In the deadliest slaughter of innocents in Pakistan in years, Taliban gunmen attacked a military-run school Tuesday and killed 141 people — almost all of them students (Prince George Citizen)

Or been one of the girls kidnapped by Boko Haram?

Of the 276 girls seized from the school, 219 are still missing, despite government claims in October that a deal for their release had agreed with alleged Boko Haram negotiators. (Zeenews)

Perhaps I could try to figure out what living in the areas that ISIS kill their way through would be like. Maybe even one of the children whose “religious education was now over”. (Reuters)

What would it be like to live in the US having the “wrong” color of an African-American (USA Today)?

I can never understand how the people going through these things are feeling or what they are thinking because I will never be them. People think that autistic people cannot put themselves in another person’s place. Why any person would think that they could place themselves in another person’s mind or emotions is beyond me. People can only truly understand and empathize with their own feelings. What we do when we try to understand others is simply a projection of our own emotions. What I can do, is try really hard to imagine how I would feel (or have felt) if something gruesome happened to me. Many autistic people have plenty of those experiences to remember.

There are some experiences in my life that could help me on my way to pretending that I was in one of the above situations.  Seven years of my school life were spent being bullied. During that period I was intermittently sexually abused. My autism has placed me as an outsider because of things I do and say when I am with NAs (non-autistic). Then there is a handicap brought about by child-birth. At times it is highly visible (wheel-chair) but when it is not I have received some pretty harsh comments.

None of these experiences are the same as the ones above, but they do give me a starting point for trying to understand what it must be like to live those lives.

Point of view depends on which side of a conflict you stand. I do not know how the powerless can gain power without harming people. What I do wish is that those who grab for what they do not have could try to realize the extent of harm they are doing others, probably innocent others, and find a method that goes after those who do not wish to share power.